Casilda Sánchez
The Temptation of Falling 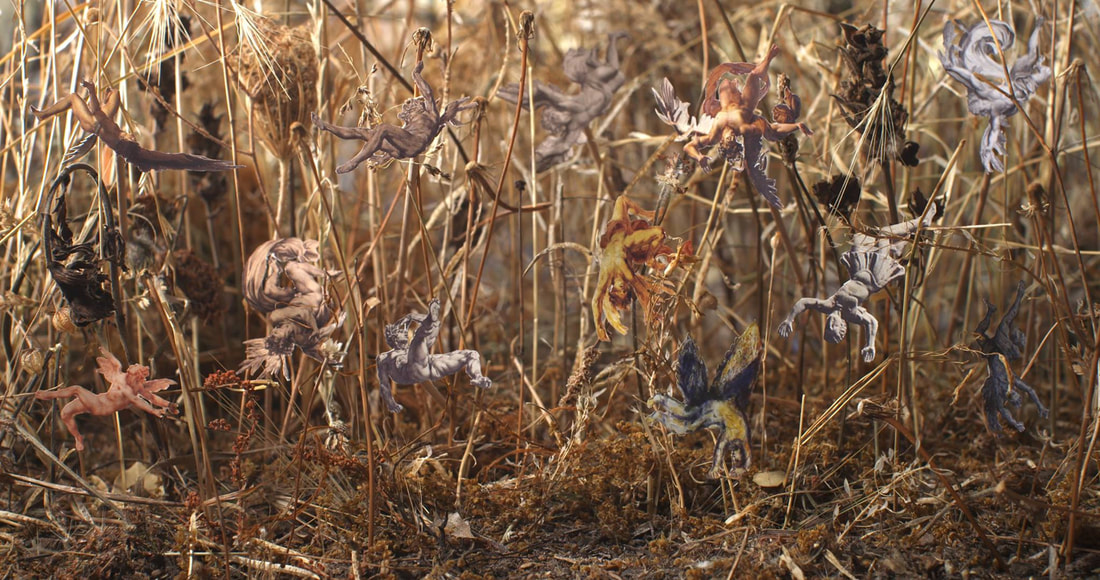 Sánchez proposes an alternative fiction where falling outweighs ascension and looking down displaces looking up. The Temptation of Falling explores Icarus in many of its depictions throughout history, introducing the seductive alternative choice and inverting the linear storytelling of success. Through the displacement of the myth told by artists through history, the overlooked now shines like golden sparkles in a honey bath.

The Temptation of Falling presents video, paper collages and several text pieces that explore the ideas of unrelated writing fragments in order to compose a new ending for a myth driven by symbols taken from human nature.

Casilda Sánchez lives and works in New York. She received an MFA in Video, Film and New Media from the School of the Art Institute of Chicago and doctorate studies in Contemporary Art from Complutense in Madrid. Her work has shown at the Videonale 13 at the Kunstmuseum in Bonn, Germany and at the National Taiwan Museum of Fine Arts. She was included in the 8 Biennal d’art Leandre Cristòfol at La Panera Art Center in Spain and a solo show at La Panera Art Center in Lleida, Spain. Her work was recently shown at University of Mary Washington. Reviews from Casilda Sánchez have appeared in numerous publications including Artforum, Time Out, New City and El Mundo Madrid.