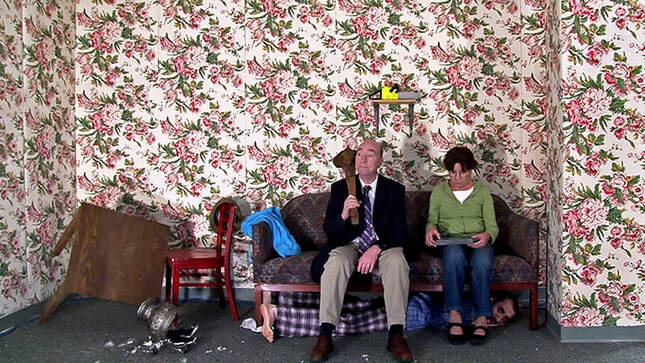 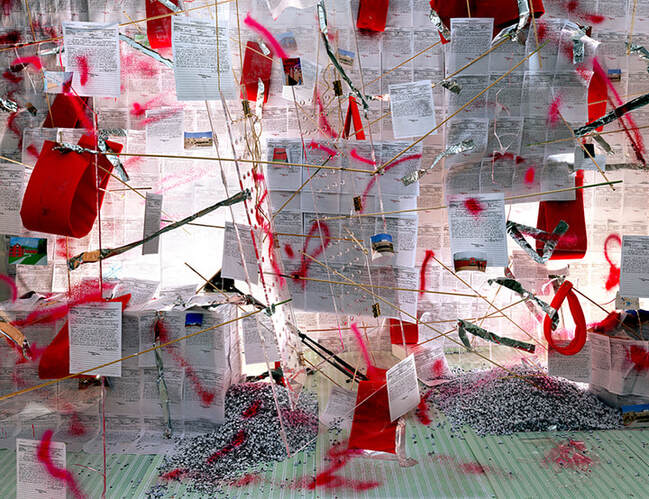 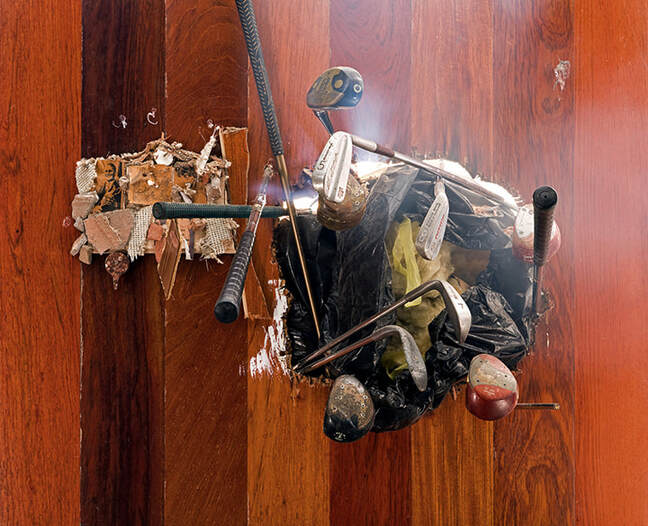 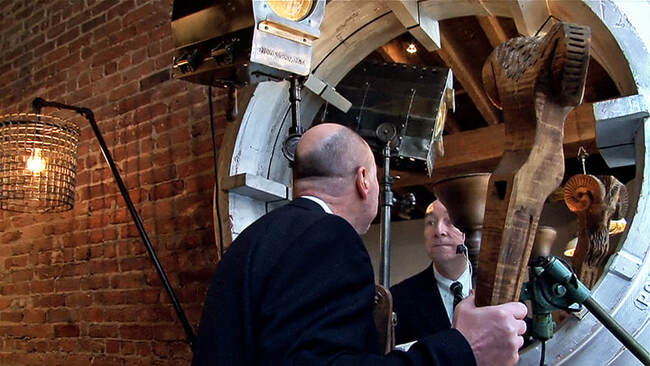 Aspect/Ratio Projects is pleased to present, The Ineluctable Modality, an exhibition of Bryan Zanisnikʼs current work in video and photography.

The large-scale C-prints explore the parts of the home, attics and basements, that are typically kept hidden and private. Zanisnik builds colorful and intricate tableaus of storage out of mundane bric-abrac. The collection of objects, including, baseball cards, correspondence, and golf clubs, speak to how the basement mirrors the human subconscious. Childhood material obsessions comingle with adult sports paraphernalia, thereby revealing stories of American passion, fantasy, and failure.

Zanisnikʼs video work is often a collaboration between the artist and his parents. The Ineluctable Modality follows the artistʼs father as he plays a character whose memory is triggered by an antiqueladen locale. He carries a wooden ram, like Mosesʼ miraculous staff, as he recounts stories from his youth. An aged quilt becomes the blanket that he had huddled under to stay warm. Meanwhile, mother and son are unable to escape the fatherʼs rants.
The intricate sound design unites two disparate locations: an antique store and a tacky, interior living room. Sounds of growling dogs, chanting men, and a ticking clock, fill in the gaps of the fatherʼs incomplete memories. The sound of lapping water suggests the way memory can incongruously recede and surge.