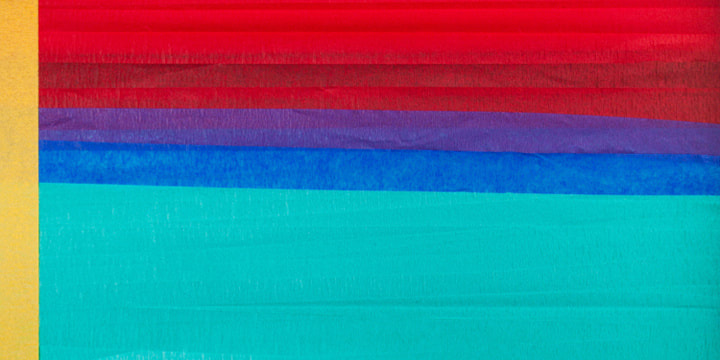 Unrolled meshes digital processes with the technicality of paintings. Albertson’s intriguing interpretations of mundane conventional objects further develop into the construction of abstracted schematic landscapes. Albertson divorces tape and party streamers from the material’s common associations usefulness or as a mascot to children’s events; Albertson foregrounds the beauty in its simplistic form. The color, texture, and translucency of these materials deconstructs and meshes the brackets which differentiates photography from painting; the overlapping of this material is inspired by color field paintings. The striking manipulation of light fuel the illusion of a neatly conditioned landscape embedded and suspended within a sea of material chaos.

Nick Albertson (b. 1983, Boston, Massachusetts) received his MFA in Photography at Columbia College Chicago. He received his BA in Photography from Bard College in 2006. His work has been exhibited in Chicago, Portland, Seattle, and New York as well as internationally at the Pingyao International Photo Festival in Pingyao, China.