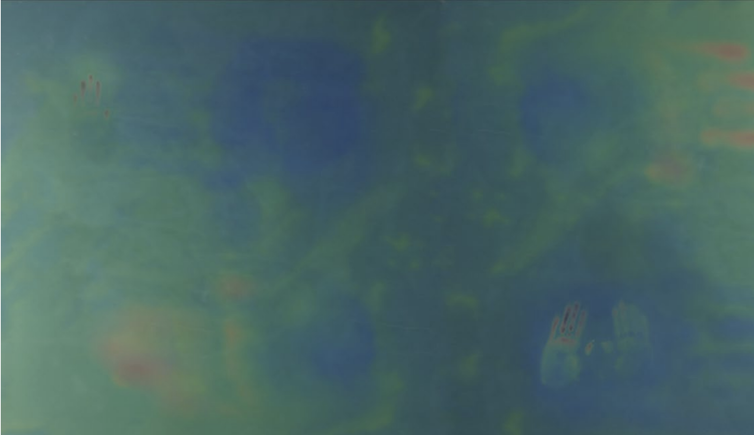 Touchers examines the archive of a fleeting physical presence mediated through technology. Mayer’s exhibition features several performance-based works, one being a screen-recorded video through an online platform and photos created from the artist’s interaction with thermochromic material. Documentation of these acts will be presented and proportioned to dimensions similar to that of a monitor screen.

Mayer’s work explores how technology and the Internet affects our identities, lives and experiences. Through video, online experiences, photography, telephone numbers, performance, sculpture and installation, her work investigates the tension between physical and digital iterations of identity and existence.

Miami based Jillian Mayer is an artist and filmmaker and her video works and performances have been premiered at galleries and museums such as MoMA, the Guggenheim, MoCA:NoMi, BAM, Bass Museum, the Contemporary Museum of Montreal with the Montreal Biennial (2014) and film festivals such as Sundance, SXSW, and the New York Film Festival. She was recently featured in Art Papers, ArtNews and Artforum discussing identity and her artistic practices and influences. She is a grantee of Creative Capital and a fellow of the Sundance New Frontiers Lab Program, the NEA/Elsewhere Residency, Zentrum Paul Klee, the Cintas Foundation and was named one of the “25 New Faces of Independent Film” by Filmmaker Magazine.
​
Click here for Press Release PDF Version