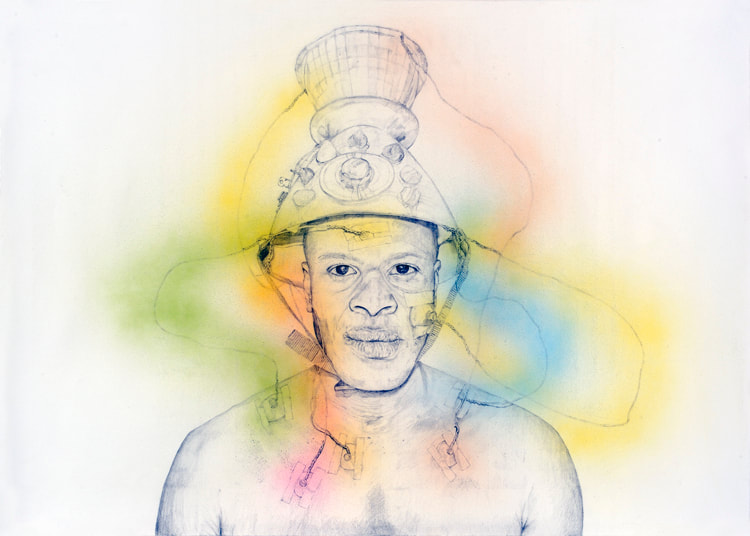 Embedded in science-fiction culture with references to 60’s hippie counter-culture, occultism and astrology, the work in Sophont is a continuation of Holman’s interest in anthropology. The term Sophont was originally coined by science fiction author Poul Anderson and refers to intelligent beings that possess a higher reasoning capacity and can include both humans and non-humans. In this body of work, Holman explores these utopian ideals for self-awareness and spiritual fulfillment which are manifested in dynamic color-field video and paintings.

Desirée Holman is a artist based in Oakland, California. Holman holds a Masters degree from the University of California at Berkeley. Earning critical acclaim for her work, Holman was awarded a San Francisco Modern Museum of Art SECA award in 2008 and in 2007 the Artadia: The Fund for Art and Dialogue award. Solo exhibitions of her work include the Hammer Museum in Los Angeles, the Berkeley Art Museum’s MATRIX program and di Rosa Museum. International exhibitions of Holman’s work include the Sao Paulo Museum of Modern Art, Hessel Museum, Yerba Buena Center for the Arts, Milan’s BnD, Toronto’s YYZ and UIC Gallery 400. Reviews of Holman’s work has appeared in numerous publications including Artforum, Los Angeles Times, NY Arts, Artillery, San Francisco Chronicle and Artweek.