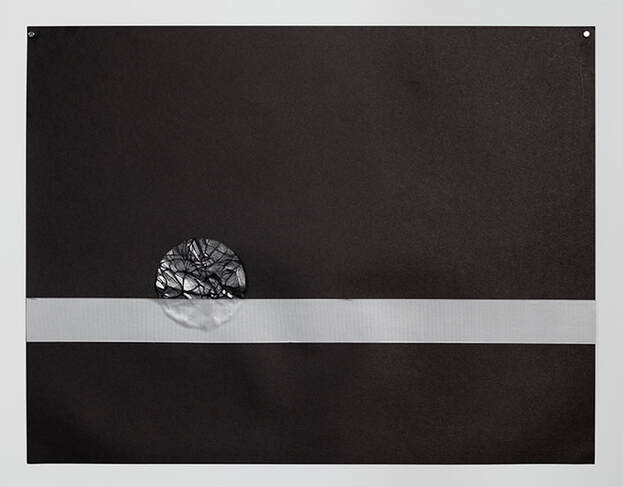 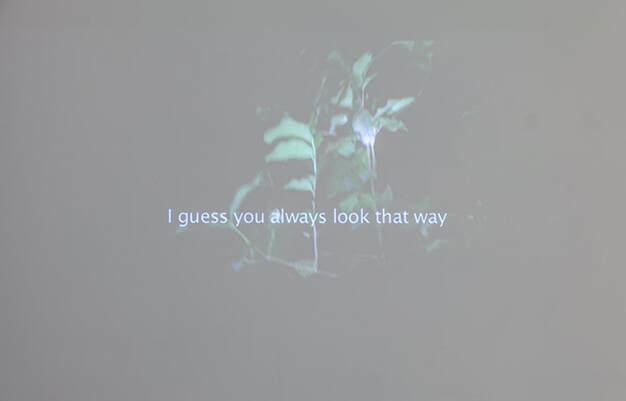 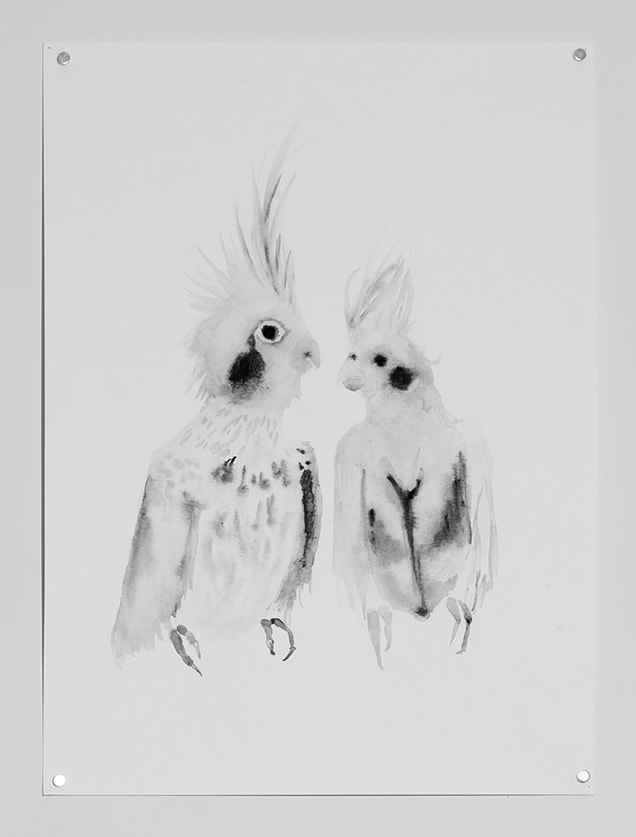 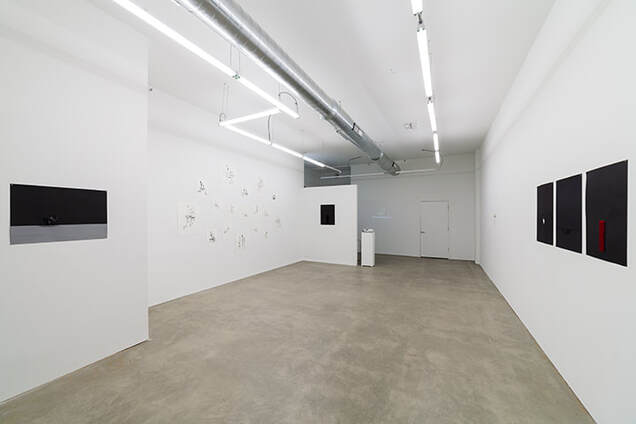 No Tomorrow: Iris Bernblum and Nelly Agassi
10.26.2018 – 12.06.2018
​
​Aspect/Ratio Projects is pleased to present No Tomorrow, a two-person show with Nelly Agassi and Iris Bernblum. This is the third gallery show for Iris Bernblum and our first show with Nelly Agassi.
​
No Tomorrow proclaim Nelly Agassi and Iris Bernblum. This is not exactly a defiant cry, and it certainly isn’t reckless. They are not some Thelma and Louise, holding hands and jumping off a cliff. In a context of cynical politics, nihilist destruction of the environment, corrupt power, they have taken the sanguine word “tomorrow” and drawn a line through it, refusing to be addled, but also resisting the temptation to drown in anxiety. Instead, they’ve surrounded us with horizons. When you’ve found the sunset, you are oriented in the world. But what then? The horizon, with its orienting power, enables an encounter, the beginning of a conversation. Between the different horizons that Bernblum and Agassi have marked, is a space of encounters, both future and remembered.

Friendships remembered are what Bernblum contemplates through her series of plant paintings. What kind of a gift, or an inheritance, is a potted plant? It comes with the burden of care, the daily rituals of watering and pruning, perhaps the danger that it might grow wild. A memento is a marker that defies change, redresses death and departure. And yet the plant keeps growing and changing. Bernblum’s water colors fix the plants in place, even as they capture a quivering restlessness contained in them. Come sit with me, she invites us, and meditate on these plants. If we sit long enough, will we see them grow? That possibility becomes a real threat when we follow her into the nocturnal jungle. The narrative that unfolds as our eyes follow Bernblum’s flashlight lets us into an intimate game of roleplay that extends some of the preoccupations of her work in the past few years: control and release, human and animal, wilderness and taming. The two humans/animals that are involved in this game offer to tame each other, but everything around them is implied in this taming, and the seductive vision that Bernblum offers us is that one might be able to tame nature, indeed even to tame death.

The memory of an abrupt departure, a loss, is implied also by the holes and the fissures that Agassi tears in the houses that she drafts. They have been reduced to the merest outline of a home, a gesture to a child’s drawing of a house. And so, like a psychologist inspecting a child’s picture and diagnosing an unspoken pain, Agassi’s viewers are tasked with understanding the uncanny forms that flow and erupt from the hearts of these houses. But peering into these holes does not lead into some preconceived account of the family and its miseries. Indeed, there is as much magic as there is pain here. Like Bernblum, Agassi is a collector of mementos. A connoisseur of tchotchkes and a manipulator of their forms, she makes these objects speak of the futile longing to pin things down like butterflies in a glass case. The possibility of violence lurks in these diminutive objects, but also an uncertainty regarding the proportions of this violence. Will it be the small prick of a needle, or a deforming and defacing gesture? And which one would be worse?

Agassi and Bernblum have things – shapes, water colors, images – under control. Come on in, you’re safe. The plants are potted, the lines are straight, the animals are domesticated, the houses two-dimensional. Here, you might imagine for a moment, things are tame. And yet, restless. This is not because the taming has failed. We are not afforded the position of an outsider who cannily recognizes that the attempt at control is a neurotic delusion. Rather, their work explores the daily ambivalences of the domestic and the possibilities of abandon that reside within the exercise of control. (by Na’ama Rokem)

Nelly Agassi (b.1973) is a Chicago based Israeli born artist. Her artworks address the idea of the body and notion of intimacy within public space in relation to architecture. Nelly received her MFA from Chelsea College and her BFA from Central St. Martins, both in London. She has shown internationally at institutions and galleries including the The Arts Club of Chicago, The Israel Museum, Tel Aviv Art Museum, La Triennale di Milano, Zacheta Warsaw, Poor Farm, and Tate Modern.

Iris Bernblum (b. 1975) is a cross-disciplinary artist and curator who works with performative-based themes which are manifested in photography, video, drawing, installation, and sculpture. Her work challenges the boundaries of ‘human/nature’ and she lives and works in Chicago. Iris is a graduate of Columbia University where she received her MFA and The School of the Art Institute of Chicago for her BFA studies. Works from Iris have been included in exhibitions at spaces including The Arts Club of Chicago, Spertus Institute, Chicago Artists Coalition, Elizabeth Foundation, The Leroy Neiman Center, and the Contemporary Arts Center Cincinnati.