Fever Dream
Fire, made by filming hundreds of matchsticks as they burn, is about transformation, both physically with the matchsticks but also in one's perception. The matchsticks go from standing straight to becoming mangled and charred. The experience of watching the matchsticks burn is one of slipping between macro and micro scale, seeing matchsticks but also a forest. A challenge Albertson works through in all of his work is how to make the mundane more than it seems. How to make ordinary objects transcend their everyday-ness. There is this duality that exists in Albertson's work, in which the objects are themselves, but also something more. One can see and is aware of the matches, but can get lost in the color and form and movement at the same time. 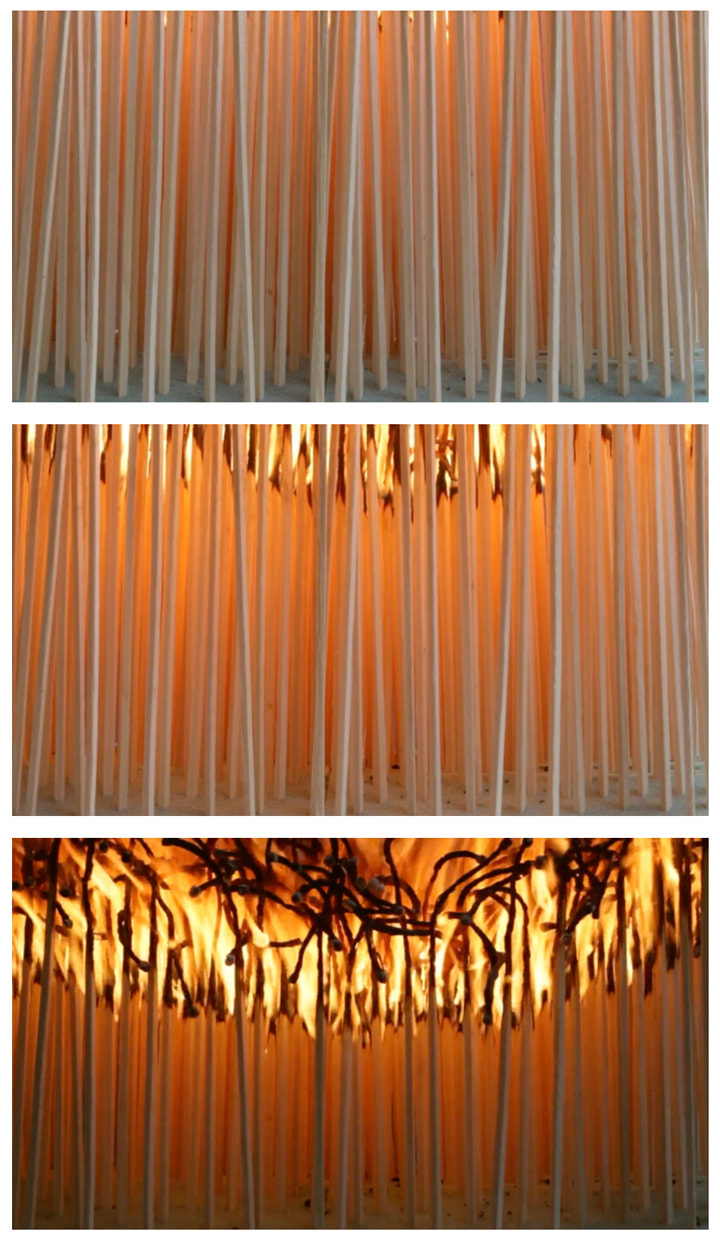