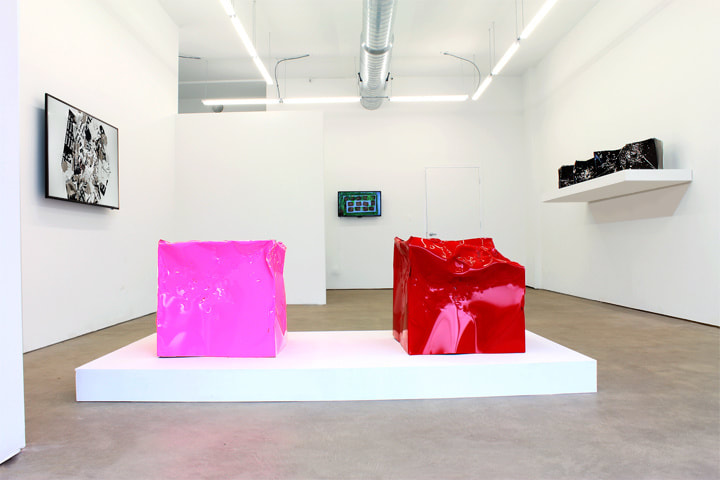 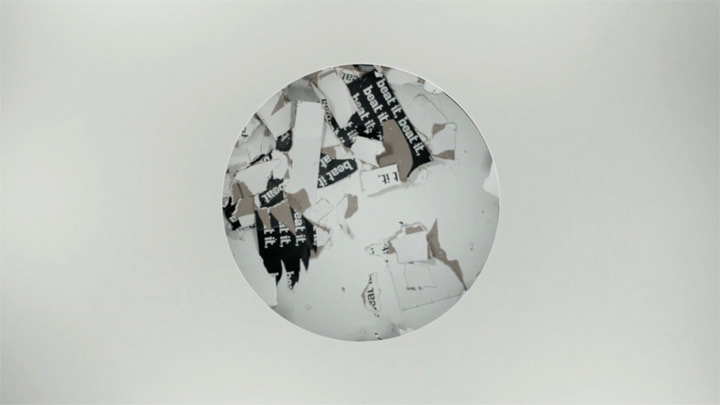 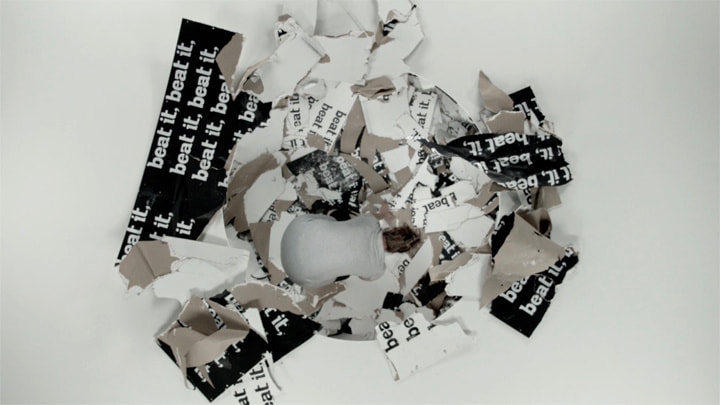 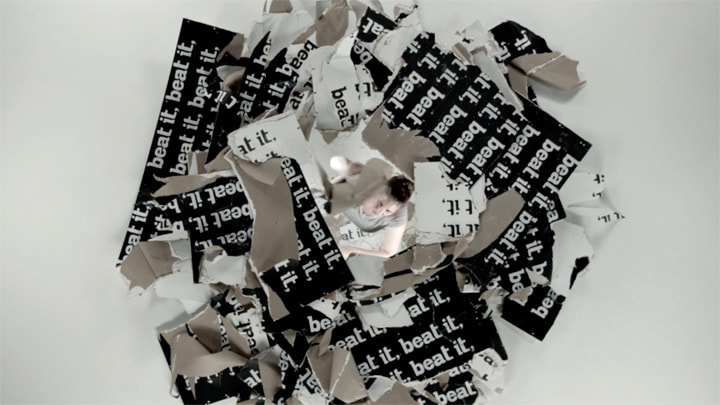 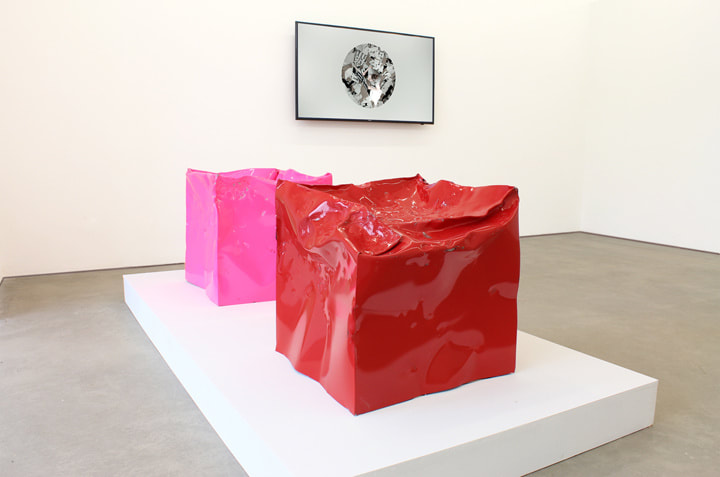 Beat It (on monitor); Bend Motherfucker Pink and Red 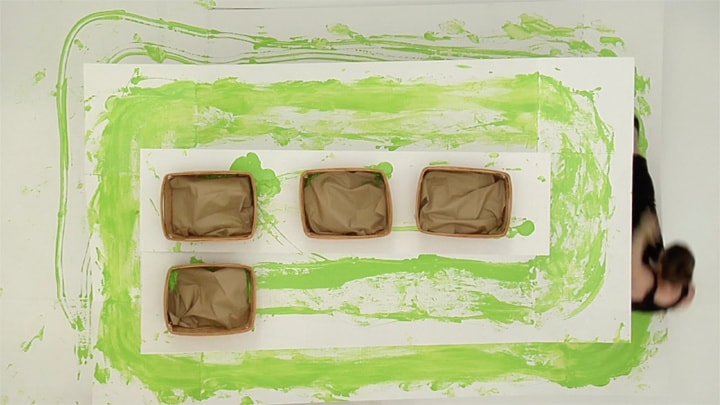 A Tisket A Tasket (video stills) 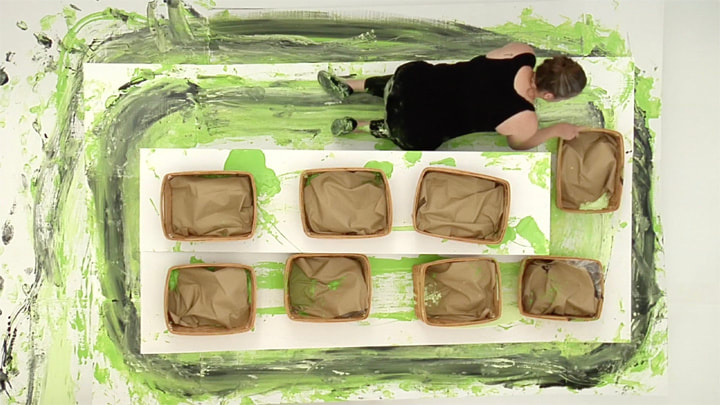 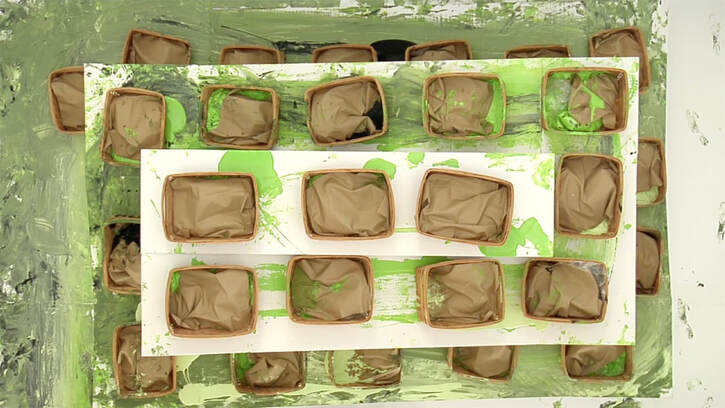 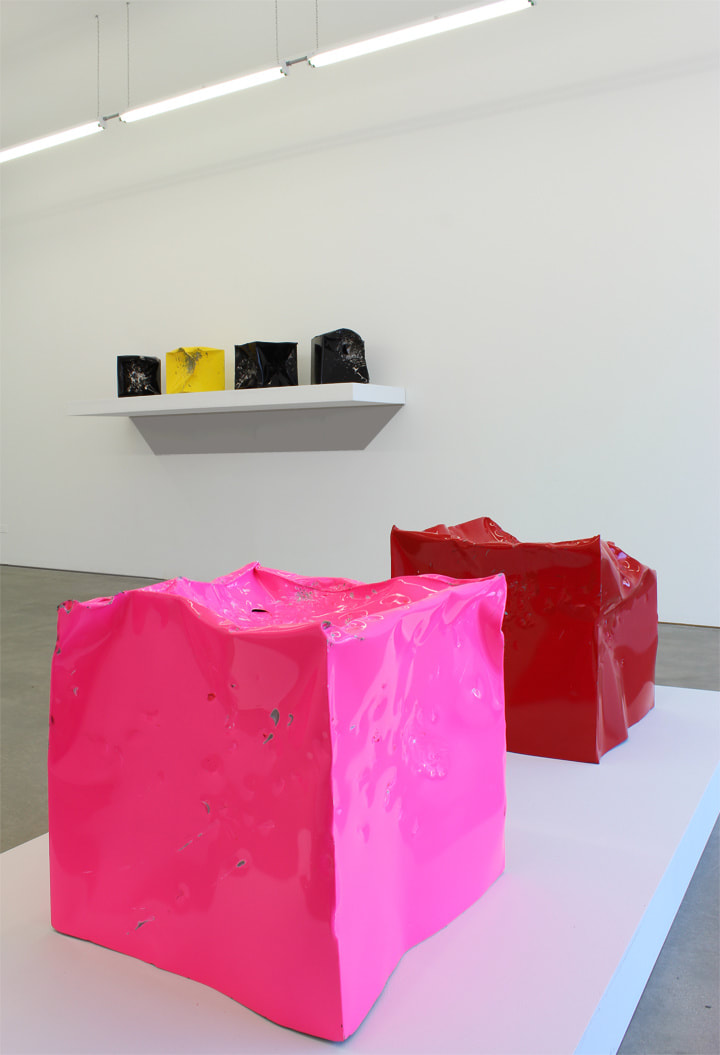 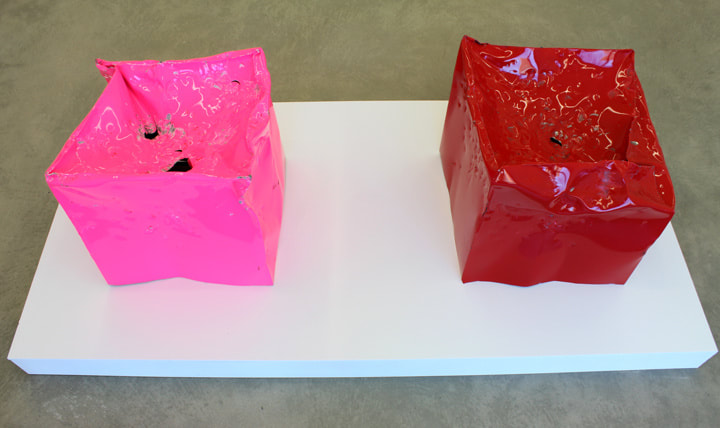 Morning Rage will introduce new sculptural works, as well as the single channel video Beat It. This video was part of an installation and performance created for the H & R Block Space in Kansas City, Missouri. Michael Jackson’s famous 80’s hit song title is appropriated here, while the video unfolds through an oculus in the sculpture taken from a fixed camera stationed overhead. Throughout the video, the walls of the installation are being dismantled and reconfigured to reveal a series of stenciled text that reads: ‘beat it,’ repeated over and over.

Through the use of repetition and performance, much of Gilmore’s practice demonstrates a resolute transformative process that comes out of destruction. Destruction and dexterity are arsenal for the artist who consistently goes well beyond the limitations of what material is generally prepared to endure. It is with this prowess and fervor that fuel her latest sculptural works. Highly lacquered metal cubes are hammered continuously, creating scars and dismantling their otherwise polished appearance.