The Problem of Freedom

Alejandro Figueredo Díaz-Perera
Around 10 years ago I first saw a little clip of this early hand colored recording of Loie Fuller’s Serpentine dance on a documentary about the history of cinema. It took me 2 years and migrating to America to finally find all of the recordings, from the various pioneering filmmakers from the Victorian era, on Youtube. I also found out that even though Loie Fuller is the name of the person who created this dance and that she is who gets mentioned in reference to them, none of the women in these recordings is actually her. It took me another 8 years to figure out what to do with this interest of mine.

Anoikis is the name for the biological process by which cells detach from the cellular matrix and they are programmed to commit self-death. This occurs all the time and it's related to the growth of any organism, when you shed skin for example, those cells will undergo Anoikis. The name derives from the greek word for “homelessness” and it’s also the process that prevents cancer from occurring. Somehow this is related to these pioneering works of cinema: Being stored in the vaults of the George Eastman Museum and recorded in nitrocellulose, these original works will decay completely eventually, until becoming no more than gunpowder dust, so it’s the nature of the material by which they are made from.

The video that will be exhibited at Aspect/Ratio Projects is the beginning of a more complex project: The attempt to recreate these older works of film from their nitrate originals into a digital format that can be then edited and abstracted even more and then copy them again into nitrate. Just like a biological organism that grows and reproduces and evolves in the process, these films would acquire a new life as a new thing into the future.

I found the need to make this piece at the beginning of 2021, when I found the news that my uncle in Cuba is dying from cancer from smoking. I learned to smoke from watching my uncle. 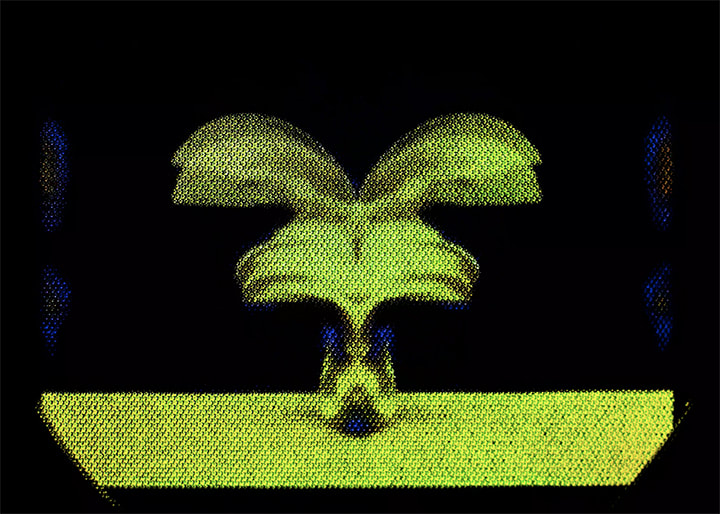