Fever Dream
The paintings in this ongoing series are made using ashes of former objects and papers that once belonged to friends and acquaintances. The end of one medium becomes the beginning of another, exploring the concepts of obsolescence and atemporality. The imagery has been appropriated from film productions from the 1920s to the 1960s when the structures for the narrative in celluloid were still in their nascency. This early context justified the necessity of a more didactic sequence to engage the viewers and as such presented a complete marking of the end. Today we can access these films on a different scale and through different media, from personal computers to Youtube on one’s phone. The way we see and understand cinema is different. The Beginning (aka The End) is a reflection on the impermanency of things through the passing of time. 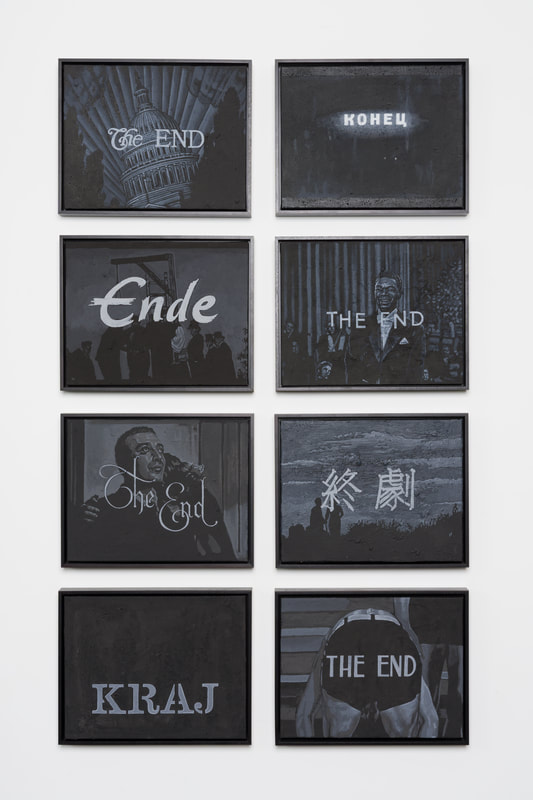